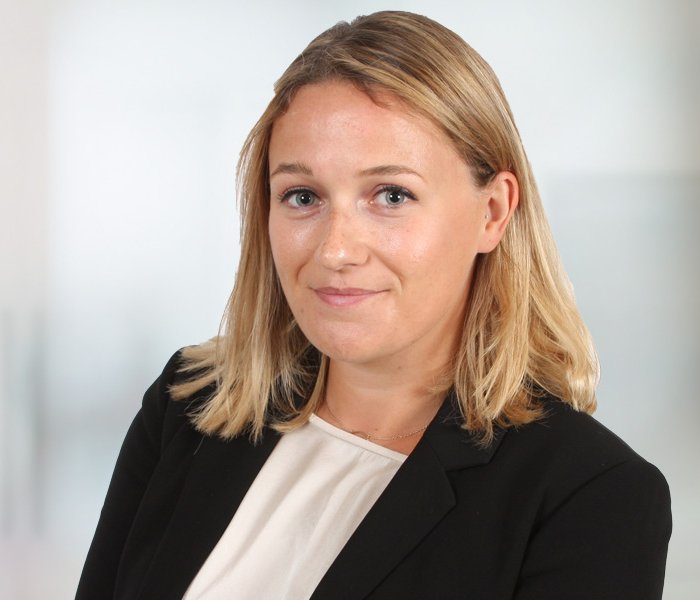 Partner Simon Bushell, Professional Support Lawyer Johnny Shearman and Associate Lucy Alexander examine the decision in Canary Wharf (BP4) T1 Limited and others v European and its impact on the doctrine of frustration.

Simon, Johnny and Lucy’s article was originally published in Thomson Reuters Practical Law, 28 March 2019, and can be found here.

Thanks to the eagerly awaited decision in Canary Wharf (BP4) T1 Limited and others v European Medicines Agency, the old and rarely used doctrine of frustration has been dragged into the 21st century and, as a result of it being caught up with Brexit, the doctrine is receiving more attention now than ever before since its inception back in the 1800s ([2019] EWHC 355 (Ch)) (see box “The doctrine of frustration”).

In Canary Wharf, the event the High Court was asked to consider was the UK’s scheduled withdrawal from the EU on 29 March 2019. The court held, on the facts of this case, that Brexit will not constitute a frustrating event. While this decision was made in the context of a lease, it represents a potentially important landmark in relation to all commercial contracts.

In 2011, the European Medicines Agency (EMA), an EU agency responsible for supervising medicines used by humans and animals, entered into an agreement for lease with the Canary Wharf group of companies (collectively, Canary Wharf) in respect of what was then a newly constructed 20-storey tower in the heart of the London Docklands business district. In 2014, when the building work was complete, a 25-year lease was entered into for a reported rent of approximately £12 million to £14 million per year. The parties’ initial agreement assisted Canary Wharf in raising around £380 million to redevelop the London Docklands area. In order to repay these sums, Canary Wharf is reliant on its rental income.

Under the terms of the lease, neither party has a right to terminate the lease before the contractual term expires in 2039. Reportedly, this means that the residual liability under the lease is worth approximately £500 million. However, following the UK’s June 2016 decision to leave the EU, the EMA announced that it would be relocating its headquarters from London to Amsterdam. This resulted in the EMA writing to Canary Wharf stating that, if and when Brexit occurs, the EMA will treat this event as a frustration of the lease.

The parties were in negotiations for some time but, in an effort to achieve certainty in advance of the envisioned 29 March 2019 deadline, Canary Wharf commenced proceedings seeking a declaration from the High Court that the EMA’s tenancy will not be frustrated by the UK’s withdrawal from the EU.

The decision on frustration

The doctrine of frustration is long-established and, while the courts have applied slightly differing tests to determine frustration, generally speaking a frustrating event is one that:

• Occurs after the contract has been formed.
• Is so fundamental that it strikes at the root of the contract, going entirely beyond what was contemplated by the parties.
• Is not the fault of either party.
• Renders further performance impossible, illegal or radically different to that contemplated when the contract was entered     into.

To support its contention that Brexit satisﬁes the above requirements, the EMA relied on two forms of frustration:

Frustration by supervening illegality. The EMA claimed that once Brexit occurs it would no longer be legal for it to make use of the premises under the lease, and therefore to pay rent, as the EMA would be acting ultra vires; that is, without the necessary legal capacity. The court ﬁrmly rejected this line of reasoning. As a matter of EU law, the court found that, despite Brexit, the EMA had the legal capacity to maintain or wind down its premises in London. Further, the court ruled that, even if there were constraints on the EMA’s capacity, these constraints would be matters of foreign law and therefore not matters that the English law of frustration could take into account.

Frustration by common purpose. The EMA argued that, from the outset, both parties intended for the premises to be used for the duration of the lease as the EMA’s headquarters and that the UK’s withdrawal from the EU would frustrate that common purpose. This too was rejected by the court, which held that the parties in fact had entirely different purposes. Canary Wharf’s purpose was long-term cash ﬂow at the highest rate and to ensure that it was protected in the event of the EMA’s departure from the premises. This was supported by the lease not containing a break clause but there being provisions for it to be sublet or assigned. The EMA’s purpose was the lowest possible rent and ﬂexibility on the term.

There is a reason why the doctrine of frustration is rarely relied on and, setting Brexit to one side for a moment, the court’s decision in Canary Wharf serves as a timely reminder of just how difﬁcult it is to establish that a commercial contract has been frustrated. Parties are expected to contemplate at the outset that circumstances may change, even signiﬁcantly, throughout the duration of a lease and, by extension, any commercial contract. Those changes, based on a long line of precedent, are unlikely to result in a contract being frustrated.

Canary Wharf also has wider implications. In particular, it provides useful insight as to the court’s handling of the issue of the foreseeability of Brexit. The court concluded that, as at the relevant date, being August 2011 when the agreement for lease between the parties was entered into, the withdrawal of the UK from the EU was foreseeable as a theoretical possibility. However, in this instance, the court held that no inference could be drawn from the parties’ failure to cater for this speciﬁc possibility in the lease. This was because, in August 2011, the political debate did not turn on the withdrawal of the UK from the EU, but rather on the terms of the UK’s continuing membership.

Importantly, the court did not specify the earliest point at which Brexit would have been foreseeable but it did conﬁrm, rather unsurprisingly, that it would certainly have been foreseeable at the point of the referendum in June 2016. Arguably, it will be difﬁcult for future parties to argue that it was not foreseeable in early 2016 when the government announced that the referendum would take place. . It remains to be seen whether, on a different set of facts, Brexit could be deemed, in the court’s own words, “relevantly foreseeable” during this intervening period from mid-2011 to 2016. It is also interesting to consider whether the EMA, as an EU agency, might be held to a higher standard as to the foreseeability of Brexit than, for example, a smaller commercial entity based in the UK or another EU member state.

Canary Wharf is also notable because the court categorically rejected the notion that commercial contracts will be fundamentally impossible to perform as a result of Brexit. The court accepted that the EMA is suffering an unexpected ﬁnancial hardship and that its removal out of London is not a matter that it desired but was caused by an event outside its control. However, the court also noted that the EMA chose to enter into a long-term relationship, with long-term obligations, and it played a role in framing those obligations. In all likelihood, Canary Wharf should prevent the ﬂoodgates from opening with regard to claims being brought by parties claiming Brexit as a frustrating event in an effort to avoid higher costs, tariffs and increased red tape after the UK’s withdrawal.

Canary Wharf also indicates that events created by political decisions, or indeed uncertainty, are unlikely to be held to frustrate a contract. Therefore, parties entering into a commercial contract should consider expressly providing for contingencies, so far as possible, that anticipate a changing political landscape, especially where a political decision appears to be more than a theoretical possibility.

In practice, this is certainly easier said than done but uncertainties can be addressed in the form of a force majeure or material adverse change clause (see feature article “Force majeure in a changing world: predicting the unpredictable”, this issue). These clauses should be as prescriptive as possible and, depending on the commercial bargaining power of each contracting party, either expressly include or exclude speciﬁc events.

However, the need for contingencies to be built into a contract does present a challenge to the UK market if it means that doing business in the UK is ultimately more difﬁcult or cumbersome at the contractual stage. In relation to those with contracts entered into before the UK’s decision to leave the EU, these contracts should be revisited and stress-tested given the recent decision in Canary Wharf and the difﬁculties of establishing common law frustration.

The doctrine of frustration

The doctrine of frustration enables a contract to be discharged when, in short, an event renders that contract either physically or commercially impossible to fulﬁl, or alternatively transforms the obligation to perform into something radically different to that agreed at the point of entering into the contract (Taylor v Caldwell [1863] 3 B&S 826). Over time, slightly varying tests have been applied by the courts but, in essence, the court must determine whether an event fulﬁls the necessary criteria to be considered a frustrating event. Historically, the court has set the bar very high in deciding that an event has frustrated a contract.

Partner Emmanuèle Lutfalla, Associates Deborah Azerraf and Alice Decramer, and Eva Biezunski discuss how #COVID19, and the surge in #cyberattacks, on this occasion represent a good opportunity to reflect on #cyberinsurance products, in @lemondedudroit bit.ly/2zQ1SqA

Partner Sylvie Gallage-Alwis discusses how #Toxictort is developing even more negatively in France for businesses who are today the target of multiple #disputes related to exposure to a substance or risk, in @lemondedudroit bit.ly/35PCxJg

Partner Sylvie Gallage-Alwis discusses the risks for workers of companies operating during #COVID19, in @theBarrister bit.ly/3fuTRba

Partner Elliott Phillips and Associate Simon Everington discuss the subject of #estateplanning and #wills in #Gibraltar on behalf of foreign-based individuals who have or who are thinking of acquiring #assets in that jurisdiction, in @WealthBriefing bit.ly/2SHPorN

Toxic tort in France: worse than across the Atlantic… – Sylvie Gallage-Alwis

Legal disputes on the rise – a time to mediate?