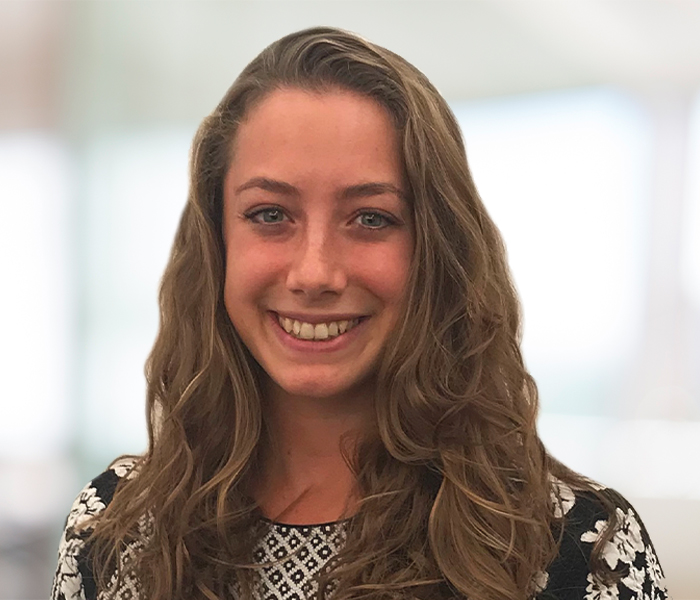 Associate Olivia Flasch discusses the issuing of the International Court of Justice’s final judgment in the case of Immunities and Criminal Proceedings (Equatorial Guinea v. France) and examines how the judgment against Equatorial Guinea bolsters anti-corruption efforts but may complicate the future of diplomatic relations, in Law360.

On Dec. 11, 2020, the International Court of Justice issued its final judgment in the case of Immunities and Criminal Proceedings (Equatorial Guinea v. France).[1] The judgment against Equatorial Guinea bolsters anti-corruption efforts but may complicate the future of diplomatic relations.

The proceedings have been ongoing for over four years and arose out of a peculiar dispute between the countries in relation to a building located on 42 Avenue Foch in Paris. It is not just any building — 42 Avenue Foch houses a five-story mansion owned by Teodoro Nguema Obiang Mangue, vice president of Equatorial Guinea and son of the country’s president.

In December 2008, Transparency International France, a nongovernmental organization whose mission is to “hold the powerful and corrupt to account, by exposing the systems and networks that enable corruption,”[2] complained to the public prosecutor in Paris about certain African heads of state and members of their families who misappropriate public funds from their countries and invest the proceeds in France.

The specific acts that gave rise to the dispute before the ICJ began with a search conducted of 42 Avenue Foch in September 2011, during which several of Nguema Obiang Mangue’s luxury cars were seized by authorities.

Shortly thereafter, the embassy of Equatorial Guinea sent a “note verbale” to the French Ministry for Europe and Foreign Affairs stating that the building on 42 Avenue Foch was part of its diplomatic mission and that the searches undertaken of the building violated the Vienna Convention on Diplomatic Relations, Article 22(1), which states that the “premises of the mission shall be inviolable. The agents of the receiving state may not enter them, except with the consent of the head of the mission.”[3]

Meanwhile, the French investigation into Nguema Obiang Mangue and the building on 42 Avenue Foch continued, with additional items seized and removed, until it was finally concluded in May 2016. Nguema Obiang Mangue was found guilty of money laundering offenses on Oct. 27, 2017, and the building and its movable assets were ordered to be confiscated. The execution of such order was held pending subject to the, now issued, decision of the ICJ.

In the ICJ, the majority of judges found in favor of France, concluding that:

where the receiving state objects to the designation by the sending state of certain property as forming part of the premises of its diplomatic mission, and this objection is communicated in a timely manner and is neither arbitrary nor discriminatory in character — the property does not acquire the state of “premises of the mission” … and therefore does not benefit from protection under Article 22.[4]

The court based its conclusion on what it deemed to be a proper interpretation of the Vienna Convention, looking mainly at the context, object and purpose of the treaty. It found, in relation to context, that the provisions of the convention illustrate an attempt to strike a balance between the interests of the sending and receiving states.

This was evidenced by Article 9, for example, which allows a receiving state to declare members of a mission personae non grata, and Article 4, which provides that a sending state’s choice as to the head of mission is subject to the agreement of the receiving state.

The court held that:

If it were possible for a sending state to unilaterally designate the premises of its mission, despite objection by the receiving state, the latter would effectively be faced with the choice of either according protection to the property in question against its will, or taking the radical step of breaking off diplomatic relations with the sending state.[5]

Thus, placing the receiving state in a position of imbalance.

In relation to the object and purpose, the court found that the aim of the treaty, as per its preamble, is to contribute to the development of friendly relations among nations, and that the purpose of privileges and immunities accorded to states and their representatives is not to benefit individuals.

Therefore, the Vienna Convention could not be interpreted to allow a sending state unilaterally to impose its choice of premises where the receiving state objects to such choice. This would be contrary to the object of developing friendly relations among nations and would leave states vulnerable to a potential misuse of privileges and immunities that might benefit individuals.

The ICJ’s interpretation of the Vienna Convention is passable, at best, and seriously flawed at worst. The interpretation not only renders the provisions where consent of the receiving state is expressly mentioned, e.g., Article 12, meaningless and inserts language into the convention that arguably contravenes the intention of the drafters, but also has the potential to seriously alter diplomacy as we know it.

First, the court does not specify how or when any objection by the receiving state should be communicated, as long as it is not arbitrary or discriminatory in nature; two additional terms that lack definition by the court. If anything gives rise to the potential misuse of privileges, surely it is this.

Second, applying the court’s interpretation to other elements of diplomatic relations may lead to the conclusion that no decision can be taken unilaterally by the sending state if it is at risk of being contrary to the object of developing friendly relations among nations or of misusing privileges and immunities to benefit individuals. Not only might this approach harm the development of friendly relations among nations in itself; it also contradicts state practice.

Nevertheless, Ecuador’s foreign minister made it clear that the British government’s statement that it could use its powers under the Diplomatic and Consular Premises Act of 1987 to enter the embassy and arrest Assange would be a clear breach of international law and the Vienna Convention. Assange was ultimately only able to be arrested once the British authorities were invited into the embassy by the Ecuadorian government to carry out the arrest.

Indeed, the view that the court misinterpreted the Vienna Convention is shared by ICJ President Abdulqawi Yusuf, who in his separate opinion wrote that the purported requirement that a receiving state must not object to the determination of property as diplomatic premises is not to be found in any of the sources of international law. Nor does the judgment identify a rule of treaty law or of customary law, or a general principle of international law, which prescribes such a requirement with regard to diplomatic premises. It is a concept that appears to have been plucked out of thin air.[6]

In Yusuf’s view, instead of importing a requirement of nonobjection into Article 1 of the Vienna Convention, which defines premises of the mission simply as “buildings used for the purposes of the mission,”[7] the focus of the judgment should have been on how the premises at 42 Avenue Foch were actually being used.

The court could have looked to the definition of “use” in international law and found that it refers to actual, rather than intended use of premises as part of the mission. The court could then, for example, have considered the fact that Equatorial Guinea only notified France that the building at 42 Avenue Foch constituted part of its diplomatic mission after the investigation into Nguema Obiang Mangue and his assets had already begun. This could have formed part of the evidence against the building’s actual, rather than intended, use as part of the mission.

However, instead of looking at evidence of use, the court considered the evidence as to whether France had in fact objected to Equatorial Guinea’s determination of 42 Avenue Foch as its diplomatic premises and whether such objection was made in a nonarbitrary, nondiscriminatory manner. Even so, the court made findings that seemed at odds with reality.

For instance, at paragraph 98, the court makes note of four letters sent by the French Ministry to the Embassy of Equatorial Guinea in 2019, addressed to 42 Avenue Foch in Paris. Equatorial Guinea argued that these letters constituted tacit approval of the building’s diplomatic status, or at least showcased France’s inconsistent approach to the designation of the building.

In response, France said that the letters were addressed to the building “by mistake.”[8] As for the court? It concluded that the four letters, while not irrelevant, were “insufficient to displace the otherwise consistent position of France.”[9] It remains unclear how the court came to this conclusion and indeed how many letters would have been sufficient to displace France’s position, in the court’s view.

Despite its questionable legal conclusions, the judgment has been welcomed by a number of academics and international groups for its potential to strengthen the fight against anti-corruption. Indeed, the decision is a statement from the highest judicial organ of the United Nations that diplomatic immunity will not operate as a shield for those seeking to abuse it. It follows that those who have previously sought to hide behind diplomatic immunity for illicit purposes will find it harder to do so.

For the U.K., which established a new framework to guide government efforts to tackle corruption in the period to 2022 — the anti-corruption strategy — the decision is likely to strengthen the government’s enforcement capabilities in respect of property obtained through corruption.

Indeed, in the year 1 review of the anti-corruption strategy published in 2019, then-Minister of State for Security and Economic Crime Ben Wallace wrote that too many organized criminals and money launderers use the U.K. to enjoy their ill-gotten gains. Their tentacles reach into our property markets, our businesses and sporting institutions. More must be done to tackle those “facilitators” that allow this to happen.[10]

Despite an overall improvement of transparency and enforcement regarding U.K. property in 2018 and 2019, with the establishment of a public register of beneficial ownership of U.K. property and the entry into force of the Criminal Finances Act in 2018, which saw the introduction of unexplained wealth orders to facilitate the seizure of property,[11] property belonging to diplomats or diplomatic missions has been largely untouchable.

However, with a declaration from the ICJ that a claim of immunity may not necessarily thwart a corruption investigation and a decision that is likely to ignite a steep rise in notes verbales from embassies around the world declaring property part of their diplomatic mission — to preempt any investigation and/or alleged objections to such designation — the U.K. may find it easier not only to establish ownership of properties, but also to prevent them from being used to conceal the proceeds of crime.