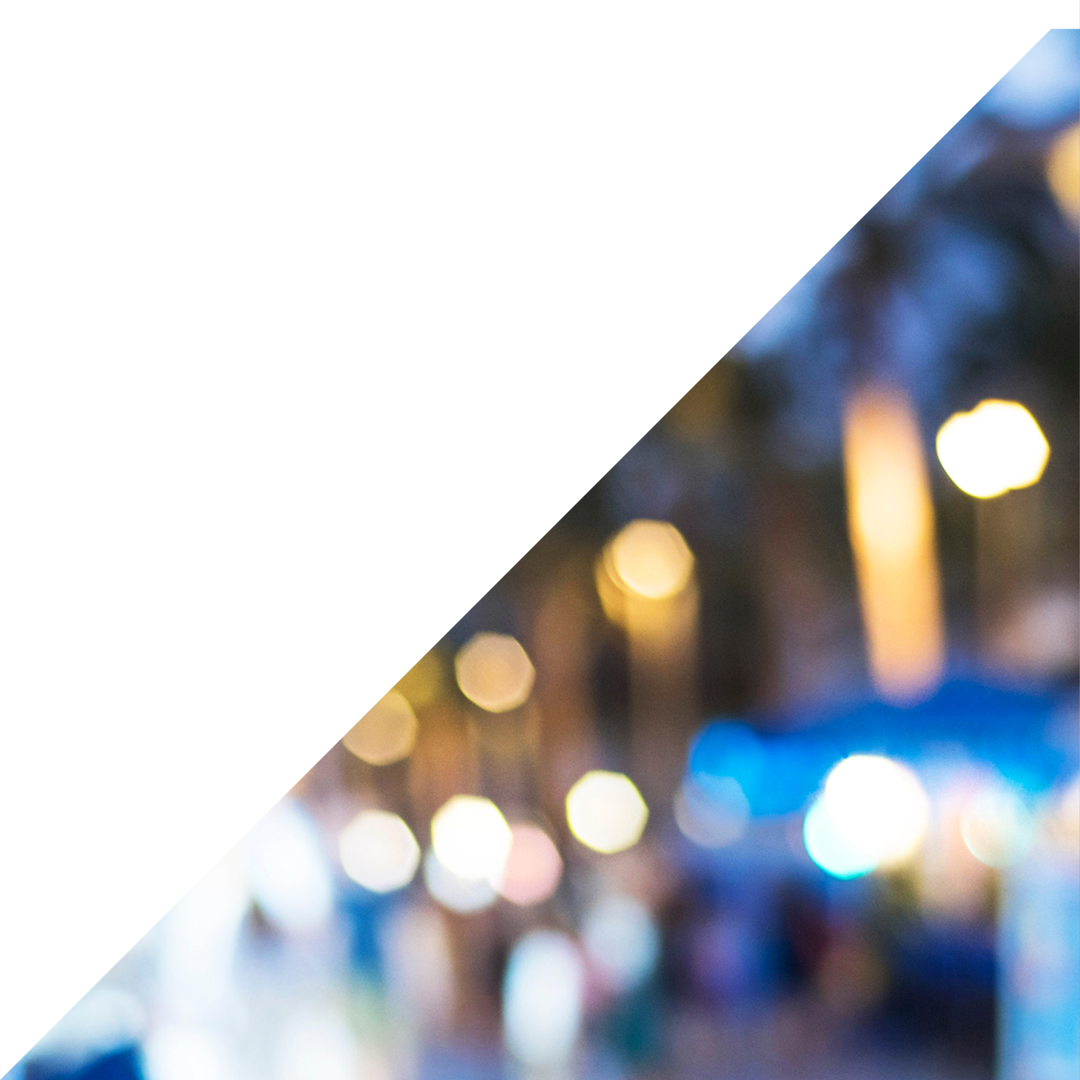 Our lawyers have worked on some of the most significant and complex disputes in recent legal history. We have had matters recognised in The Lawyer’s “Top 20 Cases of the Year” for four consecutive years.

Below are selected matters which highlight our expertise:

We represent Privinvest in connection with a US$2bn claim brought against Credit Suisse by the Republic of Mozambique. The claim relates to supply agreements and supporting financial instruments and guarantees entered into by state-owned enterprises dedicated to the development of Mozambique’s offshore Exclusive Economic Zone and supporting international investment into its oil and gas reserves. The claim engages allegations of bribery of Mozambican government officials. We acted for Privinvest companies in their successful March 2021 appeal of the question of whether claims against them were in the scope of arbitration agreements.

Instructed by the investment fund of Georgian billionaire Bidzina Ivanishvili

Signature Litigation has been instructed by the investment fund of Georgian billionaire Bidzina Ivanishvili and his family in a dispute against Credit Suisse for losses over mismanagement of his portfolio in Switzerland, which have led to criminal proceedings against the bank’s fund managers. Proceedings in Singapore and New Zealand are in progress. The Supreme Court of Bermuda recently ruled in favour of Signature’s client, ordering Credit Suisse to pay damages “substantially in excess of $500 million” from its local life insurance entity.

Signature acts for an Italian manufacturer in its challenge to the jurisdiction of the English court in relation to a claim brought by its Swiss financial adviser. This case relates to the loss of €40 million invested in a Luxembourg investment fund which performed badly following the COVID-19 pandemic.

Signature is advising its client on claims against a large financial services company for breaches of a confidentiality and exclusivity agreement entered into after the client approached the defendant to finance its bid to purchase iconic properties in London. This case is one of the most significant financing claims relating to breach of confidentiality and exclusivity by a lender to reach the English courts in recent years.

Representing a telecoms company in relation to allegations of fraud

Signature Litigation is acting on behalf of the parent company of a telecommunications firm, Cellcom Telecommunications, in relation to allegations of fraud and cyber attacks allegedly designed to gain a commercial advantage over a competitor in Liberia. The context of the claim is one of the largest ever recorded Distributed Denial of Services cyber attacks in 2016, which it was alleged were commissioned by a former director of the client’s Liberian telecommunications business. This case is one of The Lawyer’s Top 20 Cases of 2022.

Signature Litigation is defending its client in a high profile claim brought against them and two other individuals in relation to a complex and sophisticated alleged conspiracy to misappropriate and/or deny the existence of the claimant’s interest in an international company. There are also various civil and criminal actions afoot between certain parties in several jurisdictions.

Signature is acting for several Defendants in a $2 billion Claim in the High Court in relation to Thai-based company, Wind Energy Holding. The case forms part of a series of commercial disputes in multiple jurisdictions, including Thailand, Singapore, Hong Kong and the British Virgin Islands. This case is one of The Lawyer’s Top 20 Cases of 2022.

Signature is acting for members of the Barclay family in claims brought against them in the English High Court by Sir Frederick and Amanda Barclay in relation to recordings of conversations at the Ritz Hotel. The commercial dispute concerned allegations of breach of confidence, misuse of information and breach of data protection rights. Signature advised on the clients’ defence, the wider litigation strategy and confidential settlement.

Signature Litigation is instructed by its client in a ground-breaking claim against a leading IP firm for recovery of alleged secret commissions earned from commercial referral arrangements. This claim will likely render the first major decision on CPR 19.6 since the UK Supreme Court’s judgment in Lloyd v Google.

Signature Litigation is acting for various retail investors with respect to the sale of commercial products which were sold as life products, though were in fact linked to high risk and unregulated funds. We are bringing a case on behalf of over 700 retail investors across multiple jurisdictions against two life insurance companies for breach of contract and misrepresentation in pursuit of recovering commercial losses for their clients.

Signature acts for an international private equity house in a high-profile dispute which has arisen over a share purchase agreement entered into in 2018. The claimants are the sellers under that agreement and comprise various members of the former management team of the target company and a company within a private equity group. The claim is for €20 million of consideration allegedly due under the share purchase agreement.

Acting for the claimant, Signature is challenging the procurement of a £30 million commercial supply contract across multiple nuclear sites in the UK. The allegation is that the commercial procurement process was flawed and unfair, leading to the award (under the authority of the UK Nuclear Decommissioning Authority) to a different supplier. The claim is for the commercial losses through the lost contract opportunity.

Signature acted in one of the first trials in the Business and Property Courts to be conducted remotely at the start of the Covid-19 pandemic. The claim was in respect to action taken against the client’s assets by an Iranian infrastructure company following an £80 million judgment against the client’s spouse. The claimant sought a declaration that the client held the legal title to property held in their name.

Litigating over royalty payments between two pharmaceutical companies in Switzerland

Signature is instructed to act for an international fashion retailer in a claim brought by a London Airport in respect to commercial concession fee arrangements. This is regarded as a test case in respect to how airport operators charge retailers taking concession space in their airports. The case dealt with issues relating to the fairness of concession fees linked to the number of passengers entering or exiting the airport despite only half of those passengers having the ability to access the shopping area at the airport.

Signature Litigation represented a Kazakh bank who were pursuing the recovery of £500m siphoned out of the bank by one of its previous executives unlawfully. The claim involved the tracing of assets across multiple jurisdictions, entities, and parties and enforcing a number of judgments in different jurisdictions.

Acting for an FX fund against a major international bank

Signature is acting for an FX fund in London Commercial Court proceedings against a major international bank regarding allegations of FX trade stop-loss busting and front running.

Signature represented Desiman Limited, a property company, against Bank of Scotland Plc, HBOS Treasury Services Limited and Lloyds Bank Plc in a claim for around £30m for mis-selling of LIBOR referenced interest rate swaps, LIBOR manipulation and wrongful appointment of administrative receivers. The closely watched claim raised complex and novel issues on the breach of duty aspects, and was one of the most advanced claims against Lloyds on the LIBOR aspects, with potentially significant implications for the banking sector and other customers impacted by such practices.

In early 2013, Signature was instructed on a €200 million dispute arising out of the reorganisation of a Fund, and involving the defence of claims brought by various investors and creditors in conspiracy, fraud, breach of contract, breach of fiduciary duty under English and Luxembourg laws. The case was one of two Signature matters recognised by The Lawyer magazine as a Top 20 case of 2014.

Acted on behalf of 40 institutional clients and over 8,000 individual shareholders in the RBS Rights Issue Litigation

Acting on behalf of approximately 40 institutional clients and over 8,000 individual shareholders to bring claims against RBS over its 2008 rights issue following the disastrous acquisition of ABN Amro. This case was recognised as one of The Lawyer’s top 20 cases of 2017.

In 2016, Signature became involved in a particular part of the well-known Rolls Royce engines regulatory investigations, acting for local distributors in Greece and successfully disentangling these entities from further involvement in the investigations.

Signature Litigation acted for Eurasian Natural Resources Corporation (ENRC) on several high profile matters. These include a costs claim against alleged overcharging by Dechert LLP regarding a £16m legal bill – in January 2017, the High Court ruled that the dispute would proceed to a full costs hearing for the fees accrued – and a civil claim brought by the Serious Fraud Office regarding legally privileged material, relating to the SFO’s investigation into allegations of corruption and bribery. The latter was recognised as one of The Lawyer’s top 20 cases of 2017, and the ruling suggests that privileged material will be very difficult to claim in regards to internal investigations.

In 2016 Signature acted for a global commodities merchant in relation to a dispute concerning the financing of a mining project in Africa. The case dealt with the power of the High Court to grant urgent relief under S.44(3) Arbitration Act 1996 in circumstances where relief could be granted under the LCIA Rules 2014; allowing for the first time the restriction of the Court’s powers in such circumstances. The interpretation of Section 44(3) of The Arbitration Act in this matter has generated much academic interest across the industry.

Since 2013, Signature has worked on the BVI proceedings of a dispute spanning several jurisdictions, and concerning an entitlement to US$200 million in a US$1 billion BVI private equity fund, including the successful appeal in both the Eastern Caribbean Court of Appeal, Privy Council, and related litigation.

Signature is acting for a Claimant in an LCIA Arbitration due for final hearing in January 2018. The claim is for the recovery of several hundred million dollars in damages arising from a dispute concerning a joint venture for the exploitation of hydrocarbons in the Republic of Kazakhstan.

Signature is representing Bluewaters Communications in relation to its High Court claims against Bernie Ecclestone, Bayerische Landesbank, Bambino Holdings Limited, and others arising from the sale of a controlling stake in Formula One to CVC Capital Partners, which resulted in the conviction of BLB’s senior executive, Gerhard Gribkowsky. This case has been recognised by The Lawyer as one of the Top 20 cases of 2018.

Signature has also been representing individuals in some of the much publicised investigations, and potential claims, arising out of financial market activities by major banks.

Signature has been representing the infrastructure arm of one of Canada’s largest pension funds in relation to a shareholder dispute concerning a right of first offer (ROFO). The dispute is valued at in excess of US$1 billion and involves an LCIA arbitration, and a related High Court injunction obtained by Signature in favour of its client.