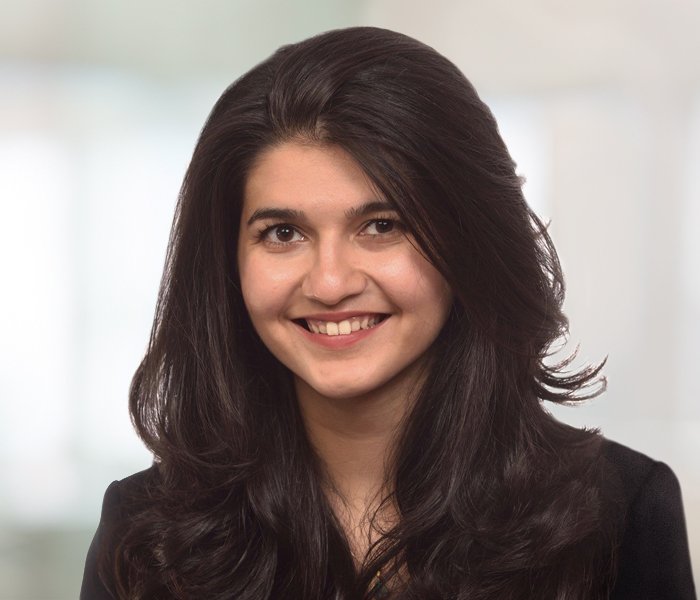 Partner Flore Poloni and Associate Tara Farasat examine updates to the Paris Centre of Mediation and Arbitration Rules of Arbitration, which aim to improve flexibility and efficiency in arbitration, in the Kluwer Arbitration Blog.

Flore and Tara’s article was published in the Kluwer Arbitration Blog, 10 November 2021, and can be found here.

Established in 1995 by the Paris Chamber of Commerce and Industry, the Paris Centre for Mediation and Arbitration (“CMAP”) is a prominent Parisian institution specialising in both arbitration and mediation, which adopts a resolutely business-focused approach to dispute resolution. If the CMAP mostly deals with internal matters, approximately one third of the disputes submitted to arbitration under its rules are international.

Following the trend observed among other arbitral institutions in the past year, the CMAP unveiled a draft update of its new Arbitration Rules (“CMAP Rules”), on 23 September 2021, at the peak of Paris Arbitration Week. The final version was approved by the General Assembly on 1 October 2021 and will apply to all CMAP arbitral proceedings initiated after 1 January 2022 (except for certain provisions that will apply only to arbitration agreements entered from 1 January 2022 onwards).

Reflecting the dynamism of Paris’ arbitration market, the revision focused on adapting the CMAP Rules to the ever-changing needs of arbitration users, consolidating the efficiency of the CMAP procedure to guarantee a swift and satisfactory resolution of any dispute, and on maintaining the pre-existing flexibility of the Rules, thus ensuring a degree of continuity. As a result, the 2021 CMAP Rules contain both awaited developments (I) and some bold innovations that reflect, or even surpass, those recently adopted by other leading arbitration institutions (II).

I) Awaited Developments: Digitalisation, Consolidation, Transparency Regarding the Use of Funders, and Details Relating to the Emergency Proceedings

a) Stepping into the Digital Age: Electronic Communication and Awards

Here, the CMAP acknowledges the needs resulting from the Covid-19 pandemic and the users’ requests to limit costs and the environmental impact of arbitration, while at the same time increasing its efficiency.

Going a step further, the CMAP authorizes electronic communications between the parties, the arbitral tribunal, and the institution from the submission of the arbitration request to the issuance of the award. The Rules also provide the possibility for an award to be rendered exclusively in an electronic format, that is if none of the parties requests a paper original (Article 28.5) (a change similar to that performed recently by the LCIA). Likewise, the holding of a hearing remains mandatory if at least one of the parties requests it (Article 23.7). If the parties fail to agree on the modalities of said hearing (virtual, physical or hybrid), the arbitral tribunal shall determine them.

b) The Consolidation of Complex Arbitral Proceedings

Following a trend in all major institutional rules, the 2021 CMAP Rules include specific provisions relating to third-party intervention (Article 13), multipartite or multi-contract arbitration proceedings (Article 14) and the joinder of proceedings (Article 15), thus facilitating the consolidation of related proceedings and promoting cost-mitigation.

Of course, these mechanisms are conditional and require the pre-existing or subsequent consent of all parties involved. For example, pursuant to Article 15 of the Rules, the arbitral tribunal may, of its own motion or at the request of the parties, order the consolidation of several arbitral proceedings in the following situations:

In our view, the CMAP has managed to strike a difficult balance between upholding the core characteristics of arbitration, such as party autonomy and efficiency, and creating new procedural tools, which give the parties the agency over complex arbitration proceedings. These wide-reaching tools will also undoubtedly contribute to prevent the fragmentation of litigation and the rendition of incompatible or contradictory arbitral awards and/or court decisions.

Article 11.11 of the CMAP Rules includes a new obligation to disclose third party funding “immediately”, either in the request for arbitration or in the response, in order to allow for the arbitrators to reveal any circumstances that may give rise to a conflict of interest. This safeguard promotes a culture of transparency and seems necessary to uphold the independence and impartiality of any arbitral tribunal.

The Emergency Proceedings have been clarified in the updated CMAP Rules. Specifically, they provide that only one exchange of memoranda and exhibits will take place between the parties, unless the arbitral tribunal grants them an exemption. The President of the Tribunal may also request that these documents be submitted within a determined time frame. Finally, the rules add that only the President shall sign procedural orders, after receiving consent from its co-arbitrators relating to their content.

If the above revisions fall in line with the recent tendencies observed in most arbitration rules revisions, other additions constitute more daring statements by the CMAP.

For arbitration agreements concluded after 1 January 2022, adherence to the CMAP Arbitration Rules will automatically constitute adherence to its Emergency Decision Rules, unless otherwise specified by the parties in their arbitration agreement (Article 1.2). Through application of these latter Rules, the parties may, before the constitution of the arbitral tribunal, obtain an interim measure from a third-party decision-maker designated by the CMAP. These measures merely have contractual value and cannot be enforced directly.

It should be noted that, if the parties do not exclude the application of the Emergency Decision Rules, they will not be able to petition any state court to obtain interim relief, unless the court has exclusive jurisdiction to rule on such measures (e.g., investigative measures, judicial securities, etc.). For the sake of comparison, as per the ICC Rules, interim measures ordered by state courts (when available) coexist with interim measures ordered by the emergency arbitrator (Article 29 of the ICC Rules). The adoption of this unusual mechanism could act as a double-edged sword. On the one hand, the application of the Emergency Decision Rules provides the parties with an additional possibility to obtain emergency relief. On the other, because of the automatic applicability of these rules through mere adherence to the CMAP Arbitration Rules, the parties may inadvertently waive the possibility to petition state courts for interim measures, with these measures being immediately enforceable. From 1 January 2022, it would still be possible for the parties to expressly amend the Rules through their arbitration agreement so that they may petition state courts for interim relief, in addition to the application of the Emergency Decision Rules.

The provisions in the CMAP Rules that allowed the institution to request the payment of an advance on expenses have been slightly modified. Before, if one party defaulted, the other party could compensate the default and, once the arbitral tribunal was constituted, request a refund (Article 11.4). Once the 2021 version of the Rules enters into force, if the Arbitral Committee1) considers that the funds provided by one of the parties are sufficient to move forward until the establishment of the Terms of Reference or any other act organising the procedure, the arbitral tribunal may be constituted, despite the other party’s default (Article 11.5). Then, the Arbitral Committee shall decide whether the proceedings should be suspended or continued. However, in the latter case, the defaulting party may only submit counterclaims once the requested advance has been paid in full.

This welcome innovation, which shows how flexible the CMAP is willing to be for proceedings to move forward, prevents dilatory and unnecessary blockages of arbitral proceedings. The measure also prevents the defaulting party from unfairly benefiting from their own malicious behaviour and opens the way for the continuation of the proceedings with the compliant party. This mechanism provides the parties with a useful incentive to uphold the good faith standard in their procedural behaviour.

c) Prevention of Conflict of Interests During the Arbitral Proceedings

Last but not least, the arbitral tribunal may take “all appropriate measures” to prevent conflict of interests during the course of the arbitral proceedings, specifically through the addition or replacement of the parties’ counsel (Article 9). The CMAP Rules go as far as allowing that the arbitral tribunal may reject any such changes in relation to counsel, if deemed necessary (this reminds us of Article 17 (2) of the new ICC Rules). After the constitution of the arbitral tribunal, the parties considering a change in counsel shall immediately inform the tribunal, so that the latter may evaluate whether such a change may give rise to a conflict of interests (Article 9.2).

Even if this provision is unusual and limits to some extent the parties’ freedom to choose their counsel, it reflects the provisions 4-6 of the IBA Guidelines on Party Representation in International Arbitration and allows for the continued independence and impartiality of the arbitral tribunal, which, in turn, favours the enforceability of the award rendered.

To sum up, the 2021 CMAP Arbitration Rules include several new provisions that introduce innovative and flexible mechanisms that promote the efficiency of arbitration, as well as cost-mitigation. Still, the parties have a significant amount of agency over which of these features may best serve their needs, considering the configuration of their dispute. In that sense, CMAP’s effort to match the offers of other prominent and more international arbitral institutions must be commanded.

Signature's @jdshearman and Graham Jackson, Director of eDiscovery at London Legal, examine recent revisions to the Disclosure Pilot Scheme and question if enough emphasis has been put on the importance of technology, in @PracticalLawUK bit.ly/310ed9u #edisclosure pic.twitter.com/tAxtdYP4iB

Today, Johnny Shearman is will be speaking at @TheLawyermag Managing Risk and Litigation conference at 14:50. Find out more here bit.ly/3cKOWCw pic.twitter.com/3MqWUhalzx

Flore Poloni and Tara Farasat examine updates to the Paris Centre of Mediation and Arbitration Rules of Arbitration, which aim to improve flexibility and efficiency in #arbitration, in the Kluwer Arbitration Blog bit.ly/3chvugR pic.twitter.com/5z1TQjjt8k