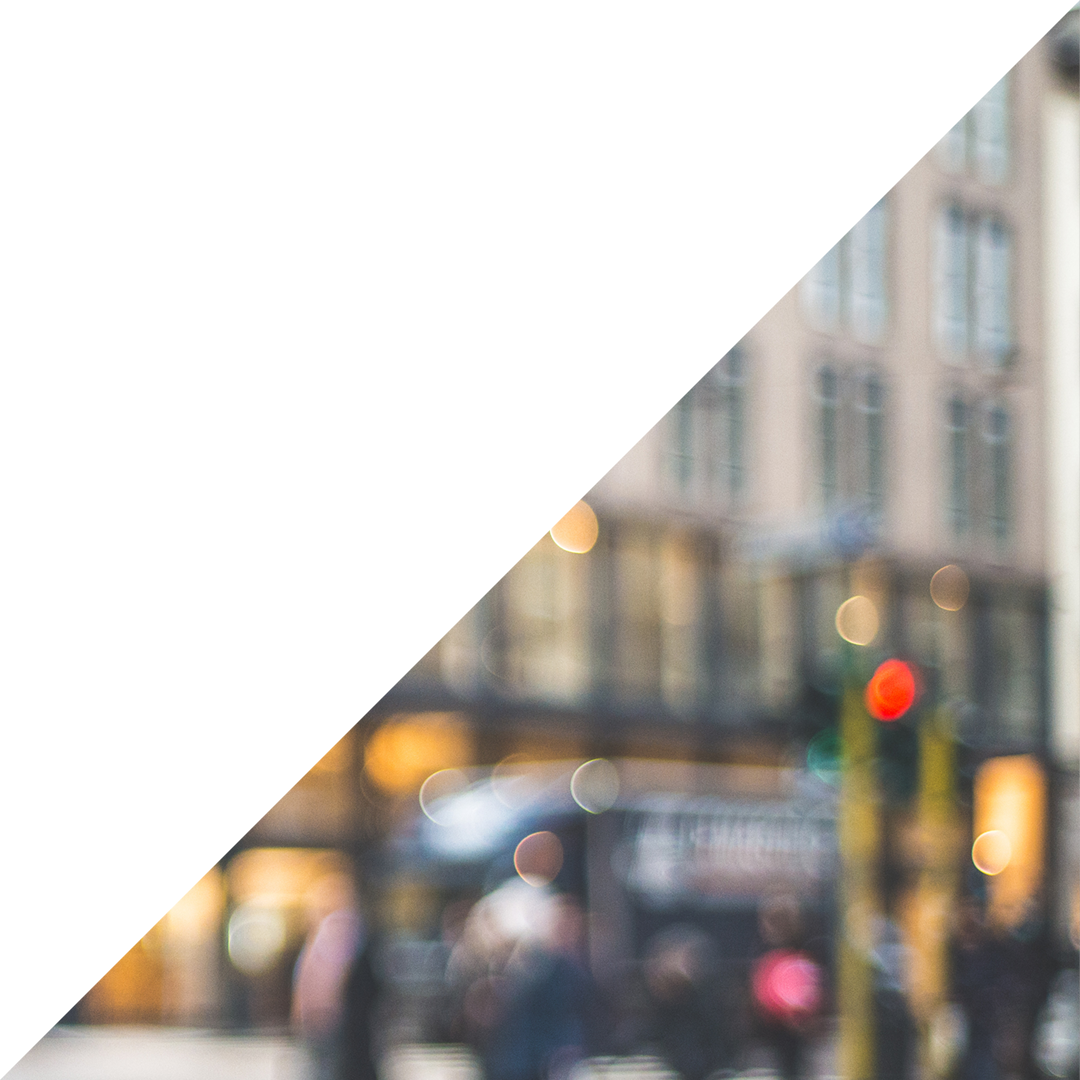 Signature’s insurance and reinsurance litigation practice focuses on complex international insurance disputes. The London and Paris teams are led by seasoned practitioners, with leading reputations in their respective jurisdictions.

We advise clients on all aspects of large-scale commercial litigation, with expertise in handling multi-party, multi-jurisdictional disputes.
Enquire

The breadth of our experience covers a wide range of sectors and losses including those relating to:

In London, the practice is led by Hermès Marangos, who has 30 years’ experience representing entities on complex cross-border issues, including international (re)insurance and underlying commercial litigation. He is regularly instructed on coverage involving the London and International Market and also as Counsel on third party liability accounts for major international, including Latin America operating corporates. Hermès also has wide and leading expertise in dealing with political violence matters, having been involved in the work done on market and state solutions (relating to the coverage of terrorism, the setting up of Pool Re and the interpretation of war, political violence, societal risks and terrorism exclusions), litigating and arbitrating these risks internationally and working with the Insurance Institute on a textbook on these issues.

Hermès is acknowledged in international directories, including Chambers and Partners, as a leading and highly analytical lawyer with particular experience inter alia in Latin America matters. He also advises various international organisations on public international law and rights as well as political risk issues.

Hermès is a main co-author of the textbook, “Reinsurance Practice and the Law” and Leader of the Study Group, editor and co-author of the book “War Risks and Terrorism“, political violence publications for European universities and contributor to textbooks on conflicts of law, property risks and Mass Torts in Europe. He is also the main author of “Getting the Deal Through: Insurance Litigation”, a publication that concentrates on the new Insurance Act 2015 (the latest of which Guides is the 2021 Edition) and regularly writes on issues relating to war, terrorism, political and societal violence covers and GDPR and cyber losses. He also lectures and publishes widely on significant international conflicts of law matters and on specialist risks and legal and forensic investigations.

In Paris, the practice is led by Emmanuèle Lutfalla, who is particularly renown for her comprehension of insurance/reinsurance global markets and for her ability to deal with multi-party and complex technical questions, often with cross-border complaints. Emmanuèle intervenes in various domains at national and international levels both for the insurer’s accounts and their insureds in order to advise them throughout their litigation’s life-span.

Her strength is that she advises on an insurance product from day one right up to market placement and beyond. She provides advice that is needed to avoid subsequent litigation. Pre-litigation and advice are driven by her litigator mindset.

She also deals with all disputes that may arise and her track-record in insurance demonstrates how she fully explores the technical details and thoroughly understands her clients’ products and culture.

Her litigation expertise is built on significant courtroom experience. The team has been involved in some of the most cutting-edge issues that have arisen so far in France, such as worldwide breast implants litigation, pollution cases and nuclear issues.

The team is widely recognised for its insurance litigation expertise

Hermès is a ‘Leading Individual’ in The Legal 500 UK for Insurance and Reinsurance Litigation and is noted as the “go-to expert“, a “top-notch litigator” and “one of the pioneers on complex matters for the insurance and reinsurance industry in Latin America“. The Guide also notes Hermès “stands out for the international breadth of his insurance disputes practice.” He has also been recommended for his Commercial Litigation practice by The Legal 500. He has been ranked as an expert in both Chambers Global and Chambers Latin America Guides for his Insurance expertise in the region. The Guides noted he enjoys impressive client feedback for his Latin American policy coverage work and sources report that Hermes “is an extremely knowledgeable individual but also one who appreciates the real-world scenarios in which laws apply.”

Emmanuèle is recognised as a ‘Thought Leader’ in Who’s Who Legal’s France Guide. She is also ranked as both a ‘National’ (in France) and ‘Global’ Leader for Product Liability Defence in Who’s Who Legal. The Guide notes Emmanuèle “excels in handling disputes at the intersection of product liability and insurance matters, representing clients from the life sciences sector in litigation and product risk management.” Emmanuèle is also ranked as a “Recommended Lawyer” for insurance in The Legal 500 EMEA Guide, which notes she is “very renowned in the insurance sector“. The Legal 500 describes the team as “one of France’s finest dispute resolution practices” and notes the department “unites an impressive bench of stellar litigators“.

Emmanuèle is recognised as a ‘Thought Leader’ in Who’s Who Legal’s France 2020 Guide. She is also ranked as both a ‘National’ (in France) and ‘Global’ Leader for Product Liability Defence in Who’s Who Legal. The Guide notes Emmanuèle “excels in handling disputes at the intersection of product liability and insurance matters, representing clients from the life sciences sector in litigation and product risk management.” The Legal 500 EMEA Guide ranks Emmanuèle as a ‘Recommended Lawyer’ for insurance and notes she is “very renowned in the insurance sector“. The Legal 500 also ranks the insurance and reinsurance litigation practice very highly in Paris, and also notes the department “unites an impressive bench of stellar litigators“. The Chambers Europe 2022 Guide notes that Emmanuèle noted as “the key point of contact” for insurance at the firm. Chambers ranks Signature Paris’ insurance practice as a leading firm in its Europe Guide and highlights the team’s “knowledge and ability to handle complex and difficult matters“.

Advising on port operators obligations to the use of port facilities and developments of Chilean legislation and Anglo-Chilean disputes.

Advising on business interruption and exclusions clauses under War and Terrorism situations.

Advising on catastrophe and event retrocession on Mexican hurricane, earthquake losses and arbitration related matters under English and international law.

Advising on toll operator disputes in Brazil involving multiple claimants, concept and impact of the moral damage and reinsurers’ responsibility in the UK.

Advising on Covid-19 recoveries and rights of the European Investment Bank and Sovereign States and guiding principles under English law.

Advising on Covid-19 frustration of contract issues and conflict of laws as between Germany and the UK.

Advising on disputes relating to Covid-19 and the impact of the FCA actions in the UK courts, particularly in relation to coverage, business interruption and exclusions clauses.

Providing Expert Evidence under international, English and London Market practices on War and Terrorism issues in the US.

Advising an insurer and a French engineering company on the installation and commissioning of a thermal power plant abroad.

Advising a French insurer in the management of local residents’ complaints during the construction of a new underground line: media and crisis management, establishment of individual protocols.

Serial claim management related to the supply of material from China and imported by an Italian reseller in the context of an arisen dispute in France.

Advising a manufacturer of onshore wind turbines at its sites in New Caledonia and in England: management of relations between the members of the grouping, development of a transaction to allow completion of works, management of relations with the local labour inspection authority, implementation of procedures for replacement of the damaged wind turbine with preservation of existing equipment and impact on the initial contract.

Advising a mixed economy company running the heating network of a city located in the East of France: determination and calculation of the losses related to the interruption of the fluid distribution and assisting the client in the judicial Court survey.

Advising a German insurer “machine breakdown” insurer, following:
– the explosion of a gas turbine in a waste treatment station in Spain.
– the occurrence of a nuclear accident in a French power plant.

Advising a major French oil group following the failure of a weld on an electrolytic silver chain at a US subcontractor factory.

Advising an international company manufacturing adhesives as part of the construction of the Louvre Lens Museum.

Advising a French insurer following the contested subscription (and renewal) of a property and casualty insurance policy by insurers on the French market.

Advice of an English insurer for the adaptation of its policy against the cancellation and suspension risks of building permits in France.

Advising reinsurers on coverage matters arising out of high-profile claims under a D&O policy relating to the issuance of American Depository Receipts by a Brazilian company in the US.

Advising on a major reinsurance dispute valued at approximately £300 million concerning a mining operation which was disrupted due to flooding.

Advising insurers on coverage issues in a dispute governed by Norwegian law relating to the construction of an offshore oil and gas platform.

Acting as defence counsel for the insurers and the insured in proceedings governed by Belgian law to determine the cause of a catastrophic fire at Brussels Airport destroying a hangar and four aircraft.

Advising reinsurers under an EAR cover including Delay in Start-up in relation to an electrical generator which was to be used in a project for the conversion of two existing gas turbines in Bolivia and the liabilities in the London market.

Advising US and Canadian insurers in relation to coverage issues under an All Risk Policy arising out of physical damage to a drilling rig owned by a Canadian corporation during operations in Brazil.

Advising reinsurers under a CAR/EAR cover in relation to a series of losses to an extension of an existing oil refinery which included a water canal diversion project forming part of preparatory works in Colombia and exposure of London based reinsurers.