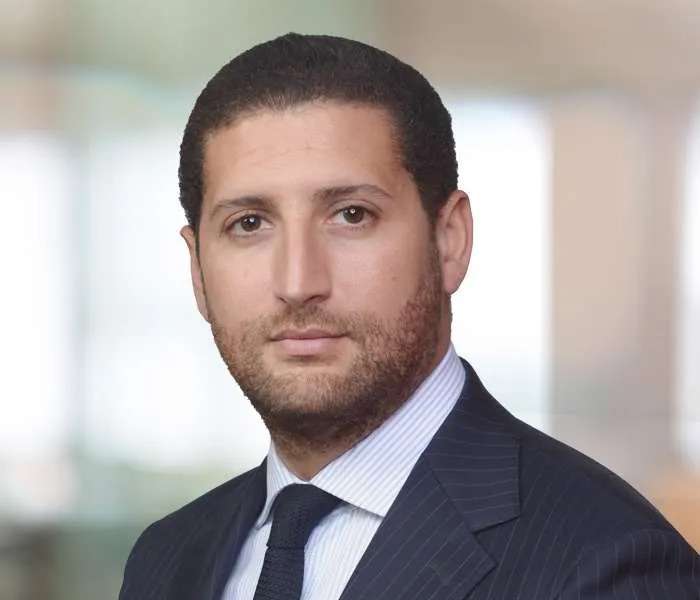 Partner Sylvie Gallage-Alwis and Associate Elias Boukachabine examine the product liability implications of the US’ Food and Drug Administration’s (FDA) recent pending ban on the sale of Juul products, in Reports Legal.

Sylvie and Elias’ article was published in Reports Legal on 8 July 2022, and can be found here.

On 23 June 2022, JUUL Labs Inc. (JUUL), the market leader in e-cigarettes in the United States, was issued a marketing denial order by the United States Food and Drug Administration (FDA), forbidding it to sell any and all of its products in the United States. While the FDA’s decision was stayed by the U.S. Court of Appeals for the District of Columbia on 24 June 2022 in order to allow the Court sufficient time to review the merits of JUUL’s appeal, a final decision could be expected soon after the filing of the respective submissions of JUUL and the FDA.

However, the FDA surprisingly announced on Twitter on 6 July 2022 that it had administratively stayed the marketing denial order issued on 23 June, stating that there are scientific issues unique to JUUL’s application that warrant additional review. The FDA nevertheless insisted that this administrative stay does not rescind the marketing denial order and does not constitute an authorization to market, sell or ship JUUL products.

Needless to say, should the FDA confirm its marketing denial order after the ongoing additional review, and should the merits of the FDA’s decision be confirmed by the U.S. Court of Appeals for the District of Columbia, it will have detrimental consequences not only for JUUL’s business and its many customers, but also for every company active in the e-cigarette business.

The FDA originally explained that it had reached its decision due to the fact that the premarket tobacco product applications (PMTAs) filed by JUUL to the FDA lacked sufficient evidence regarding the toxicological profile of the products in order to demonstrate that the marketing of these products would be appropriate for the protection of the public health. Furthermore, the FDA insisted that the findings of the study conducted by JUUL raised concerns due to insufficient and conflicting data that have not been adequately addressed and precluded the FDA from completing a full toxicological risk assessment of the products named in the company’s applications.

More surprising is the FDA’s explanation to the effect that there is no clinical information which currently suggests that any immediate hazard exists associated with the use of the JUUL products. If we follow the FDA’s line of reasoning, it would be insufficient for a manufacturer to demonstrate the absence of any hazard associated with the use of a product, as it would also be necessary to provide sufficient evidence that a product is actually appropriate for the protection of the public health. As the FDA states, the responsibility to demonstrate that a product meets the standard set by the law ultimately falls on the shoulders of the company.

Indeed, under section 910(b) of the Federal Food, Drug, and Cosmetic (FD&C) Act, any person or company seeking an FDA marketing order must submit a PMTA providing scientific data demonstrating that the product is appropriate for the protection of public health. In its assessment, the FDA considers, among other things: the risks and benefits to the population as a whole, including people who would use the proposed new tobacco product as well as nonusers; whether people who currently use any tobacco product would be more or less likely to stop using such products if the proposed new tobacco product were available; and whether people who currently do not use any tobacco products would be more or less likely to begin using tobacco products if the new product were available.

At the EU level, electronic cigarettes were first regulated by the Tobacco Products Directive (2014/40/EU) which entered into force on 19 May 2014 and became applicable in the EU Member States on 20 May 2016. Article 20.2 of this text notably contains a list of all the information that manufacturers and importers of electronic cigarettes must file to the competent authorities of the EU Member States concerning any products that they intend to place on the market. Article 20.3 of the Tobacco Products Directive also provides for the acceptable amounts of nicotine-containing liquids in the products placed on the market. The Commission also adopted two decisions in 2015 (Commission Implementing Decision (EU) 2015/2183) and 2016 (Commission Implementing Decision (EU) 2016/586) regarding the format for the notification of electronic cigarettes and refill containers and the technical standards for the refill mechanism of electronic cigarettes.

On 20 May 2016, the Directorate-General for Health and Food Safety of the European Commission further published a Report on the potential risks to public health associated with the use of refillable electronic cigarettes, in which it found that the use of refillable electronic e-cigarettes, and the potential exposure to e-liquids containing nicotine in high concentrations, may pose risks to public health. Despite the existence of those risks, the European Commission concluded that “[i]n the context of current scientific knowledge, the measures relating to refillable e-cigarettes provided for in the TPD and secondary legislation, combined with national regulation, provide an adequate and proportionate framework for the mitigation of such risks.”

Thus, where the FDA submits that a lack of sufficient scientific information must favour a ban of e-cigarettes – at least in the case of JUUL’s products, the European Commission states that in the context of the current scientific knowledge, although e-cigarettes may pose risks to public health, those risks can be mitigated, notably through the limitation of the amount of nicotine-containing liquids.

While we see that different authorities may adopt different approaches with respect to the regulation of e-cigarettes, the trend appears to be the same everywhere: as more scientific data on e-cigarettes progressively become available, pressure on the authorities to strictly regulate this industry intensifies. As pointed out by the European Commission, the current measures are only satisfactory “[i]n the context of the current scientific knowledge”.

Similar to what happened with regular cigarettes, our view is that the risk of over-regulation is real and will necessarily make the life of e-cigarettes companies much more complicated, as it is currently the case for JUUL. A situation could arise where the authorities decide to authorize companies to market certain types of products and then, in view of the evolution of the available scientific data, take back their authorization. In reality, the same is true for any products containing chemical substances whenever there is no scientific consensus about the safety of the products and their impacts on public health.

Moreover, companies which decide to challenge the regulations implemented by countries or authorities are unlikely to be successful, taking into account the outcome of the few proceedings started by tobacco companies on the basis of bilateral investment treaties against countries regulating the business of regular cigarettes. Indeed, it appears to be very complex to successfully challenge a country’s non-discriminatory public health measures that have a legitimate objective.

Another important consideration for e-cigarette producers is the risk of being massively targeted by users, who argue that they have developed, or are anxious to develop, diseases as a result of the use of e-cigarettes. Users will probably argue that they were not aware of the risks involved with using e-cigarettes. In the event of such proceedings being initiated, it may be insufficient to demonstrate that e-cigarette companies have fully complied with the regulations put in place by the authorities. Recent history has shown that courts often require more than what the law provides.

In addition, the development of class actions mechanisms at the European level, as a consequence of the introduction of the Directive of 25 November 2020 on representative actions for the protection of the collective interests of consumers and repealing, will necessarily facilitate mass actions against e-cigarettes producers. There is no doubt that the recent ban of JUUL’s products in the United States will further encourage the initiation of this type of collective redress.

In order to mitigate these risks, companies active in the e-cigarette industry are encouraged to closely monitor the progress and availability of scientific data related to e-cigarettes. Meanwhile, e-cigarette producers are further invited to collaborate with the authorities and regularly adapt their products in view of the available scientific data. Moreover, it appears crucial to sufficiently inform e-cigarette users of the potential risks that exist. Finally, companies should consider seeking legal advice in product liability, irrespective of whether they have already been targeted by potential users.