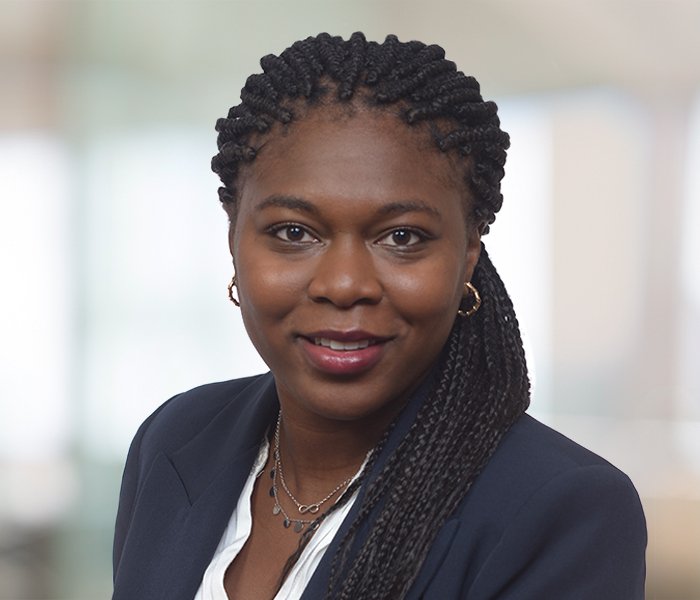 Partner Sylvie Gallage-Alwis and Associate Nikita Yahouedeou write in Cosmetics Business about the European Commission’s consultation on the regulation of cosmetic products.

Sylvie and Nikita’s article was published in Cosmetics Business, 28 July 2022, and can be found here.

The European Commission opened a consultation on the regulation of cosmetic products between 29 March 2022 and 21 June 2022. The consultation targeted consumers, experts and members of the industry to gather “information, views and experience on how the EU’s Cosmetics Product Regulation could be improved in order to ensure human health and the functioning of the internal market”.

The European Commission justified reviewing this regulation by a “Fitness Check on endocrine disruptors and a status Report/Review on the use of nanomaterials in cosmetics”. The consultation document notes that these checks identified “a number of shortcomings in and related to the Cosmetic Products Regulation”. Particular issues identified included “the lack of specific provisions for endocrine disruptors” and “the applicability of a generic approach on risk management (GRA) for other harmful substances”. The document also notes “the potential diverging opinions from committees responsible for the assessment of chemicals and the lack of coherence between legislations on the definition of nanomaterials”.

While the consultation reported that its “target audience” for the review is wide, in reality its result will primarily be of interest to industry players and NGOs concerned about the environmental and health issues relating to endocrine disruptors and the changes in the regulation on this subject.

The consultation is, in fact, the second stage of the review process, since the initial Inception Impact Assessment (IIA) phase ran from 4 October 2021 until 1 November 2021. The results of this phase have already been made public and show that interest in the issue was largely mainly amongst industry associations and NGOs with an interest in the area. According to the IIA, a key issue to be addressed is that the:

“Cosmetics Product Regulation is not yet aligned to the approaches announced under the [EU’s Chemicals Strategy for Sustainability] to implement the generic approach to risk management and the essential uses concept intended to address those risks. Similarly, other than CMRs, the Cosmetic Products Regulation does not have requirements to protect humans or the environment from combination effects of the most hazardous chemicals due to the simultaneous exposure to multiple chemicals, whether from cosmetics or other sources”.

It is clear that the revised regulation will address these issues, so as to come into alignment with the EU’s wider sustainable chemicals strategy, as presented below.

Precisely how the relevant definition is to be interpreted is also an issue that needs clarification. The definition given by the Cosmetic Products Regulation as it stands, provides that a “nanomaterial” should meet three criteria, namely that it is insoluble and bio-persistent, composed of an external dimension on a scale of 1 to 100 nm and that it should be intentionally manufactured.

There is quite some debate about the correct way to apply these criteria. This inevitably leads to legal uncertainty which can create issues between regulators and manufacturers. The requirement that a nanomaterial be “intentionally manufactured” is also quite a subjective criterion, since it shifts to the area of mental intent, which is not always an easy thing to prove. A clearer and more objective definition would be welcomed by many.

In terms of the possible ways to resolve these issues relating to definitions, the IIA concludes that “options may include replacing the current definition used in the Cosmetic Products Regulation by the horizontal one laid down in Commission Recommendation 2011/696/EU of 18 October 2011 or with an updated one as announced in the [EU’s Chemicals Strategy for Sustainability], or modifying it to bring it in line with the new or revised horizontal, broad definition“. Other proposed regulatory changes relate to the labelling of products, including electronic labelling.

As already mentioned, another major topic of this consultation and changes that may be implemented relate to the Generic Approach to Risk Management (GRM). The idea of the revision of the Regulation on cosmetics is to implement, on the one hand, a ban on the most harmful chemicals in cosmetics. On the other hand, a few of them could be allowed but under specific conditions defined by the law (namely when the chemical has an essential nature – which is a concept that needs to be defined by the Regulation – and no alternative is acceptable). For example, one of the questions asked was: “Would you buy cosmetic products that contain the following substances knowing the product itself is safe, on a scale from 1 (opposed) to 5 (strongly in favour)?”. As such, the consultation addresses the divergence of opinions that could exist between committees responsible for the assessment of chemicals. A solution submitted in the questionnaire is the reassignment to EU agencies of the technical and scientific work. Respondents were asked to give their views on that and on how the scientific tasks could be shared between the Scientific Committee on Consumer Safety (SCCS) and the European Chemicals Agency (ECHA).

Another important topic which is dealt with by the consultation is the information provided on labels of cosmetic products. As a result, changes in this respect could be implemented in the revision of the cosmetics regulation and in particular on digital (or electronic) labelling. Digital labelling is increasingly present on packaging with information available on the Internet, information accessible via QR codes. However, this practice is not expressly regulated, while the result sought is to increase the legibility of information given to consumers. Before questioning the respondents, the questionnaire specifies that this way of providing information can be considered only if information is accessible without mobile Internet access. Once this potential change presented, the respondents were notably asked to indicate which kind of information could be given digitally.

The review of the Cosmetics Product Regulation and the related consultation is fundamentally driven by the EU Green Deal and the EU’s wider chemicals sustainability strategy, which has a goal to “better protect the public and the environment against hazardous chemicals and encourage innovation in developing safe and sustainable alternatives”. This is in line with the introductory part of the questionnaire of the consultation which states that: “the overall objective of the targeted revision is to ensure that the Cosmetics Products Regulation reflects the Commission’s ambitions on innovation for safe and sustainable chemicals and a high level of protection of health and the environment”.

In terms of the potential economic impact of the changes, the IIA notes that “Some changes to the Cosmetic Products Regulation will probably reduce costs for industry, for instance on nanomaterials and through improvements in the risk assessment and management of harmful substances. Other changes might lead to increased costs for industry, including SMEs, throughout the supply chain. This would be a result of the introduction of stricter rules on the most harmful chemicals such as endocrine disruptors, preparation of exemption dossiers and generation of safety data, and the need for reformulation of cosmetic products”. Endocrine disruptors are indeed specifically targeted by the consultation. It is explained in the questionnaire that the Generic Approach to Risk Management should be extended to endocrine disruptors. It is therefore a good thing that businesses took part in the consultation, as they will be directly impacted by the changes in the Regulation.

Manufacturers outside the EU which export to the EU should also take careful note of the consultation and it seems that the consultation had an impact, albeit small, outside of the EU as a few of the respondents were from non-EU countries (Japan, Peru or India for example – it is not specified if these respondents are citizens or businesses). Indeed, the IIA notes that “This targeted revision aims to provide EU industry with a global competitive advantage in terms of economic sustainability and legal clarity, and also to increase competitiveness at a global level, since the new rules will have an impact on cosmetic imports from non-EU countries.”

While the general direction is already clear, there is a lot to play for in terms of which policy options are chosen and precisely how they will be implemented.

The EU Commission has not shared any date for the communication of the results of the consultation. A publication before the end of the year can however be reasonably expected. These results will give an important insight of the changes that will be implemented in the Regulation.