The use of blockchain in the financial, public and other sectors – Guy Robson and Elliott Fellowes 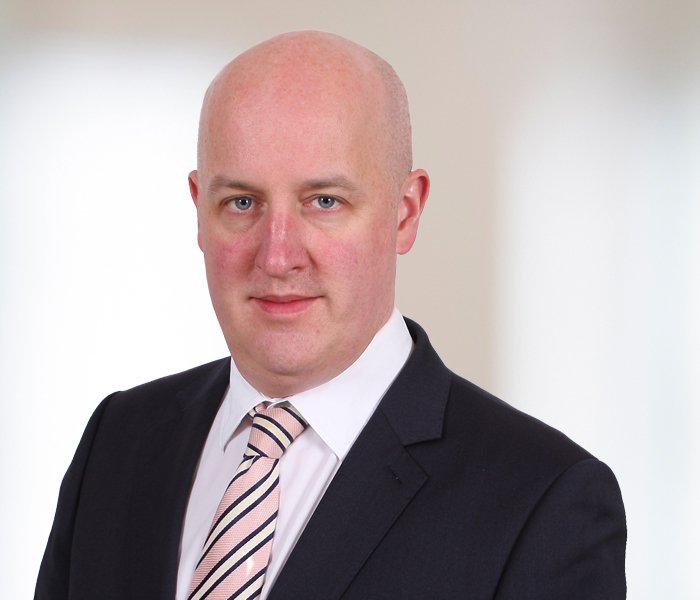 Senior Associate Guy Robson and Associate Elliott Fellowes discuss the use of blockchain in the financial services and public sectors.

Guy and Elliott’s article was published in the October 2019 issue of Open Access Government, on page 402, and can be found here, and online here.

Blockchain has come a long way in the decade since Satoshi Nakamoto proposed Bitcoin as an alternative currency following the 2008 financial crisis. Blockchain is essentially a form of distributed ledger, in which each new entry on the chain is cryptographically linked to the previous entry. The use of cryptography to link each entry on the chain to that preceding it, should mean that the chain is a true and accurate representation of the transactions which have taken place, and which cannot be altered. A variety of different products, no longer limited to alternative currencies, are now being built and developed on blockchain, perhaps most notably in the financial and public sectors. As a result, the use cases and applications of the technology have continued to grow at pace. While there remain a number of challenges to overcome in order for blockchain to obtain mainstream adoption, the potential is clearly there to drive efficiencies in sectors other than the financial and public sectors.

In terms of the financial services sector, where previously blockchain might have been the realm of start-ups, traditional financial institutions are now experimenting with blockchain based solutions. Blockchain has the potential for banks and other financial institutions to transfer value instantaneously around the globe, whilst incurring significantly less expense in doing so (for example by reducing the need for intermediaries) as compared with settlement systems currently used in most mainstream finance. A number of banks are now heavily investing in blockchain, including JP Morgan Chase (“JPM“), which has developed the Interbank Information Network (“IIN“), a peer-to-peer network, in order to assist banks with cross-border payments. The technology powering IIN is Quorum, a permissioned version of the Ethereum blockchain. Since its launch in 2017, around 75 of the world’s largest banks have signed up to IIN, and JPM hopes that this will increase efficiencies through reduced fees and less delays as a result of member banks exchanging information in real time to verify and approve payments.

Whilst there are obvious benefits associated with blockchain in terms of speed and immutability of the ledger, there are also risks, perhaps notably (and somewhat ironically) the potential for fraud. For banks, a potential issue in this regard is regulatory compliance when dealing with customers who want to invest in cryptoassets. How will banks determine the source of funds of a customer when those funds are held in assets on an anonymised blockchain ledger such as that of Bitcoin? If the aim is to integrate blockchain and cryptoassets into traditional financial frameworks, banks and financial institutions will need to work closely with their regulators to maintain adequate and acceptable compliance. In the UK, the FCA’s “sandbox” allows firms to test products in a controlled environment before applying for authorisation from the regulator, allowing firms and the regulator to work closely when developing blockchain based products. The FCA has said that it has accepted a number of firms which will be testing propositions relating to cryptoassets into the “sandbox”.

Just as with the financial sector, blockchain has the power to revolutionise the public sector. In the UK, for example, HM Land Registry is seeking to utilise R3’s blockchain platform as part of the “Digital Street” research and development programme. The aim is to explore the potential benefits of blockchain to understand how distributed ledgers and smart contracts could improve the efficiency of property transactions by developing a faster, more secure and cheaper land registration process. The idea is that land property registers could be built upon a blockchain, making investigations into title far easier, and potentially linking the title to any charges created over the property, such as digital mortgages. This would also allow for immediate transfer of title, without the need for the registry to be updated separately.

A further public sector use case for blockchain is the reporting and reconciliation of intragovernmental transactions. Such transactions are common in federal systems, such as the United States. However, they also occur in non-federal systems, for example, transactions between government agencies or between regional and central government functions. Real-time settlement and an accurate, immutable ledger recording transactions could alleviate some of the onerous reporting requirements, minimising errors and increasing transparency in relation to the utilisation of government resources.

With new technology comes new issues and the public sector use cases above are no exception. For example, whilst a blockchain-based ledger may be fixed, there remains the possibility for fraud during the property purchase or transaction. This raises the question of what would happen if a fraudulent purchaser of a property is entered as the owner on the Land Registry’s blockchain. Blockchain records are intended to be immutable – removing the need for a middle-man is a large part of blockchain’s attractiveness. If transactions need to be rectified, due to fraud or some other reason, how does one easily go about this? What is the nature of the “damage” suffered by the wronged party, and what order could a court make in order for an aggrieved party to be properly compensated?

These examples are just some of the potential uses of blockchain technology. There are numerous other sectors also investing in the technology, such as the art world which is considering blockchain solutions to prove immutable provenance of artworks, or charitable organisations considering crypto-donations as a more efficient and transparent means to raise and distribute funds. Whilst the future is bright for blockchain, there remain risks as with any new technology, and increased legal certainty for the Court and the government will assist in the continuing development of the technology.